We empower the sheep industry through education, innovative research, and advocacy. Our focus is on working in the best interests of our producers by building connected relationships through accountability and transparency.

*The AGM Meeting Package will be shared closer to the event and when it is ready.

Canadian Agricultural Partnership (CAP) - Preparing for the Next Policy Framework

Help shape the Next Policy Framework set to replace the Canadian Agricultural Partnership in April 2023.

Representatives of Alberta's agriculture, agri-food and agri-products sector are being consulted during May and June 2022 to gauge their understanding of the five priority areas identified in the Guelph Statement.

ALP is advocating for our producers at these enagement sessions for:

*We are also encourgaing our producers and industry stakeholders to fill out the survey, click here and have your say. The survey closes June 6, 2022.

The AgriStability enrollment deadline for the 2022 program year has been extended from April 30 to June 30, 2022. This extension allows farmers more time to sign up and take advantage of the support available under the program.

This step, agreed to by federal, provincial, and territorial governments, will enable the program to help more farmers manage the impact of challenges facing many farm operations, such as production loss, disease outbreak, increased costs and changing market conditions.

Sheep Supply for the month of January 2022.

ALP is pleased to announce that we have selected the successful candidate who will be filling the Canada Summer Jobs grant position of Research Assistant. Samuel Reive will be joining the ALP team May 16, 2022 and will be working up until August 29, 2022 and will primarily be working on our newly funded Sheep and Goat Vegetation Management Accreditation Program. Samuel is a current student enrolled in the Agricultural Management Diploma program at Olds College who has a keen interest in raising sheep. Please help us in welcoming Samuel to our team!

Project background:
ALP in partnership with the Alberta Goat Association and Lakeland College will be working on developing a series of modules for Alberta sheep/goat producers to learn best practices for grazing forages under normal and unique circumstances.  Modules will form a sheep and goat vegetation management accreditation program. Stakeholders requiring or offering vegetation management services, using livestock, will use these resources for contract and partnership development.
Sheep and goats present land stewards a unique opportunity to graze areas near sensitive water bodies, that cattle cannot access and by consuming plant species (including woody and weedy species) that cattle find unpalatable. Sheep and goats’ digestive systems will break down weed seeds and often leave them incapable of germination.

This project aims to develop a series of modules for the creation of a sheep & goat vegetation management accreditation program. Modules will be used to educate flock managers and serve as the go to resource for comprehensive grazing and sheep & goat management under the specific situations listed above. Our project will engage both land and animal stakeholders to make this project more balanced in showing perspectives and needs from both sides involved in vegetation management.

This message is to inform industry and provincial stakeholders that sheep, goats and certain other ruminants can now be exported to the United States under applicable conditions.

Further to our message on December 14, 2021 regarding the rule published by the United States Department of Agriculture (USDA) Animal and Plant Health Inspection Service (APHIS) on the Importation of Sheep, Goats, and Certain Other Ruminants on December 3, 2021, we are pleased to inform you that the Canadian Food Inspection Agency (CFIA) has negotiated the following two export certificates with the United States:

Exporters can also contact their local CFIA inspection office for any further questions relating to the export certificates.

Here is a copy of the Canadian Livestock Transport Newsletter.

Sheep supply for the month of December 2021

Sheep supply for the month of December 2021

New ALP Interim Directors
ALP is pleased to announce that the Board of Directors has fulfilled the two, vacant Interim Director positions. While we currently await their formal appointment from Marketing Council, we are pleased to welcome Jordan Allen and Rick Cromarty to the Board of Directors. As these are interim positions, an election will be required for the positions at the ALP AGM on November 19, 2022.

Jordan Allen along with her husband Dustin and their 3 children, own and operate ClaireLee Ranch. Jordan grew up on a cattle ranch/grain farm south of Cochrane. When Jordan and Dustin bought their home and land in 2015, the plan was always to have livestock, but cattle weren’t a possibility at the time. In January 2020, their daughter got her first 4-H lambs and they decided that they would like to start a flock. In March 2020, they purchased 30 bred commercial Rambouillet ewes and prepared for lambing that spring. Even though that first lambing was a steep learning curve and very hard work they loved every minute of it. Now two years later, they have 120 ewes and added Suffolk, Ile de France and Rideau Arcott into the flock and plan to expand their operation over the next few years. Jordan is honored to sit on the Alberta Lamb Producers Board of Directors, and looks forward to meeting other producers as well as the knowledge she will gain from being in this position.

Rick Cromarty was born and raised in the East Central Community of Provost, Alberta.  Here he grew to love all the aspects of Agriculture.  Going to university In the USA gave him a much broader view of the Agriculture Industry, as well he spent some time in Uganda Africa, leading in the Agriculture Industry there as well.  Rick calls South Cara Farms Ltd. home with his wife GerriLynn,  together raised 5 children, where his flock of 500 and growing Ewes consist mainly of commercial Canadian and Rideau Arcott.  They also enjoy growing Fat Lambs. Even though Rick and his wife are relatively new themselves to raising sheep, Both Rick's father, and Grandfather and GerriLynn's grandfather raised sheep in the past.  Rick's Son Justice is part of the operation and soon will have a fifth-generation on the farm.

Please help us in welcoming Jordan and Rick to the board!

ALP is also pleased to announce that the Board of Directors has fulfilled the vacant Director in Training position. Alberta Lamb Producers (ALP) Director-in-Training Program was developed to engage membership and stimulate Board succession planning.  A Board appointed eligible producer may participate in ALP Board meetings as a non-voting director to gain exposure to how the ALP Board operates and to become familiar with a number of topics that are critical to the current and future industry. We are pleased to welcome Clarence Paterson to the Board of Directors, in the Director in Training position.

Clarence is a small purebred polypay breeder based in Jumping Pound. He works full time on the ranch raising sheep and helping his wife raise their two sons. He has spent many years volunteering on the sheep Committee for the Calgary Stampede and looks forward to bringing his experiences and knowledge to the board.

Please help us in welcoming Clarence to the board!

Targeted or prescriptive grazing can be defined as the use of a specified kind of livestock at a determined season, duration, and intensity to accomplish defined vegetation and landscape goals. The Prescriptive Grazing for Vegetation Management in Natural Landscapes project is an ongoing multi-partnership project designed to provide recommendations for land managers, livestock producers, and livestock grazing practitioners involved in implementing targeted grazing programs.

Join February 24 between 12 and 1pm MST for a webinar which will focus on guidelines for preparing grazing prescriptions specific to targeted grazing programs. The recommended guidelines presented are based on an extensive literature review and interviews conducted by Sue Michalsky of Paskwa Consulting Ltd. and Amanda Miller of Palouse Rangeland Consulting. Sue and Amanda will present the findings and there will be opportunity for questions and input from participants. There is no charge for the webinar but donations are gratefully accepted.

Check out the details and view the current classified list on the Advertising page of this website. 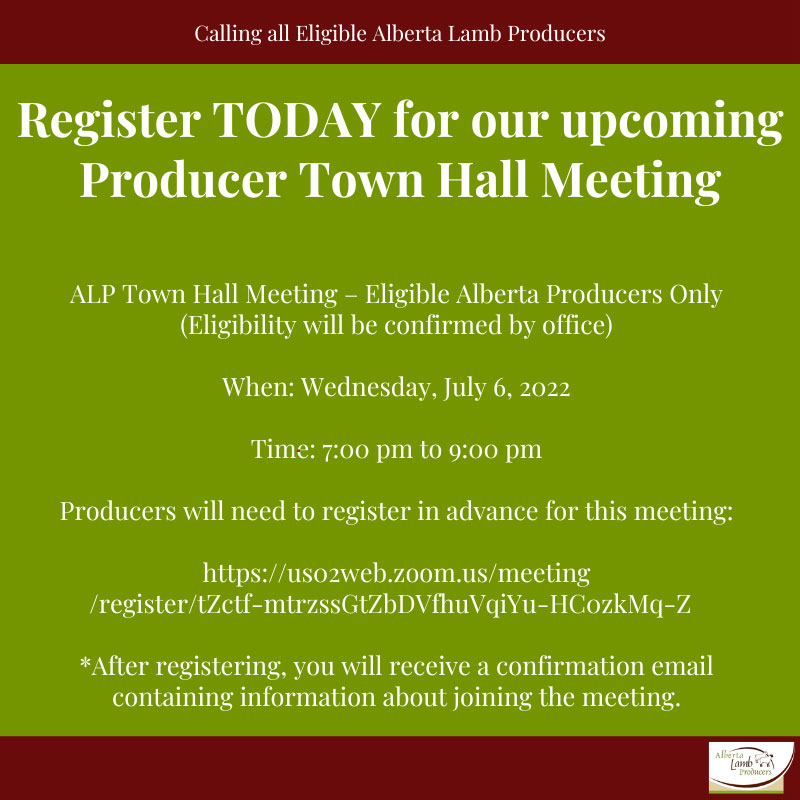